Since the mid-1990’s PERROT impact sprinklers of the LVZR range have set the standard for sports turf irrigation needs. The comprehensive list of customers is second to none. As we all know in Germany which is a great soccer nation, the vast majority of top clubs put their faith in LVZR sprinklers for their stadiums and training grounds. With excellent distribution, reliability and fast rotation speed these all help to reduce irrigation runtimes compared to competitors and this also comes with easy operation and unmatched efficiency.

Equipped with the genes of the LVZR, since January 2017 PERROT launches the successor model ‘TRITON™’. The new generation rotor has faster rotation than any competitor and it is extremely wind tolerant and suitable for grey water. In addition the new ‘TRITON™’ scores with a further distinct improvement of the operation reliability and in conjunction with sand pockets in the bottom of the housing to prevent debris. The new stainless steel coated riser enables a more reliable operation of the riser. The internal parts of the sprinkler have been hydraulically optimized and the water flow has in turn reduced turbulence which results in increased radius and a reduction in water consumption. Other features include that the sprinkler can now also be operated manually from the top. Overall the access from the top has been significantly optimized for maintenance work by adding of the new easily operable click connection which is particularly useful when fitted with the true sod cup. Many further improvements confirm the claim to build nothing less than the best sports turf sprinkler for the present and the future too. 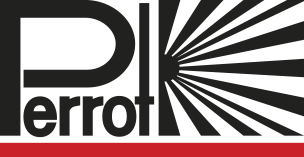